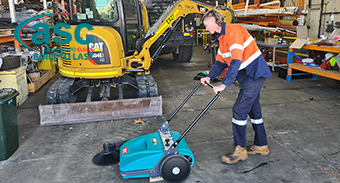 Platinum Plant and Equipment Hire is in Belmont, Perth. They have extensive experience of over 20 years in the construction industry. PPEH supplies plant, equipment and labour-hire services to Australia’s civil construction and resources industries.

Jason Bell contacted the ASC’s WA Manager Ross Sheehan to get advice on the best machine to help them keep their workshop and surrounding apron cleaner. Jason already had great experience of using the ASC Eureka machines and wanted to get a reliable sweeper to help the workshop technicians when it came to cleaning up after each job. They wanted to get rid of the old-fashioned broom cleaning as it created the issue of airborne dust as well as consumed too much time for cleaning between jobs. Their workshop is a tight space that needed regular cleaning as a steady movement of large industrial machines passes along the facility every day.

Ross went to their Belmont site along with several sweepers in the Mercedes Sprinter demonstrator van. He demonstrated two ASC sweepers to Jason on their site. Jason had a choice to assess the sweepers and then choose the one that could handle his environment and make a call based on his budget. The demonstration also helped Jason decide how many technicians he would need for the sweeping job and how often would his site need sweeping.

Jason chooses the manual ASC MEP Dust Free sweeper as he thought it was a simpler and easier option for his site. He immediately placed an order for the ASC Eureka MEP manual sweeper.

It was a great first investment for PPEH to keep their workshop clean. Ross had the MEP push sweepers in stock at the ASC WA warehouse; hence, he delivered it immediately and even trained the technicians. 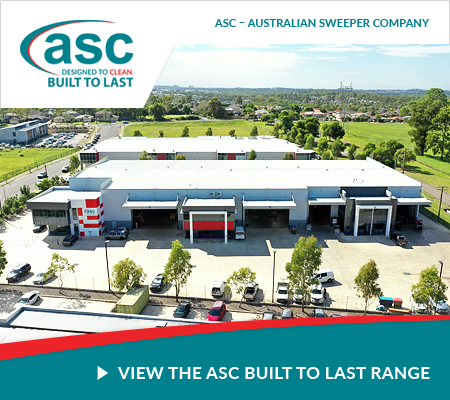