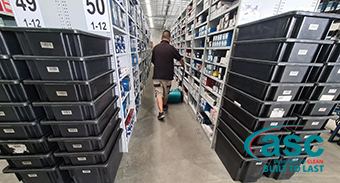 Veale Auto Parts is a well-known WA business. Terry Veale started form a small service station in Bunbury. In 1990 the Veale Auto Parts was created, and it has grown significantly, with a new Distribution Centre (DC) in Bassendean and 17 retail stores across Perth.

Warehouse manager David was looking for a long-term option to keep this large new DC clean.

He organized to meet with ASC Area Manager Ross Sheehan at the original warehouse.

Unfortunately, Covid19 hit Australian shores and the prospect of a sweeper was put on hold. Luckily, WA had a great record over the following 10 months that David was able to increase their sales and the sweeping machine was now needed. Their main issue is the dirt and dust from the large open doors, the occasional coffee spillage, and the rubber duct from constant traffic of the 70 employees on bikes, trikes, scooter and forklifts as the pick thousands of auto parts per day.

Ross delivered as a part of the ASC model of offering free on-site demonstrations- three machines, a Eureka MEP push sweeper for cleaning the narrow aisles of the parts shelved in a quarter of the DC, a Eureka Mach 3 battery sweeper to do the loading dock, the outside apron, and the extra space yet to be utilized and lastly a Eureka E83 floor scrubber to scrub the main traffic areas. All three machines impressed David, his father George and Ash.

David was so impressed with the Eureka MEP, how it was able to sweep the aisles of the parts shelving area, that it was not motorized and would not damage the shelving that he ordered one immediately. 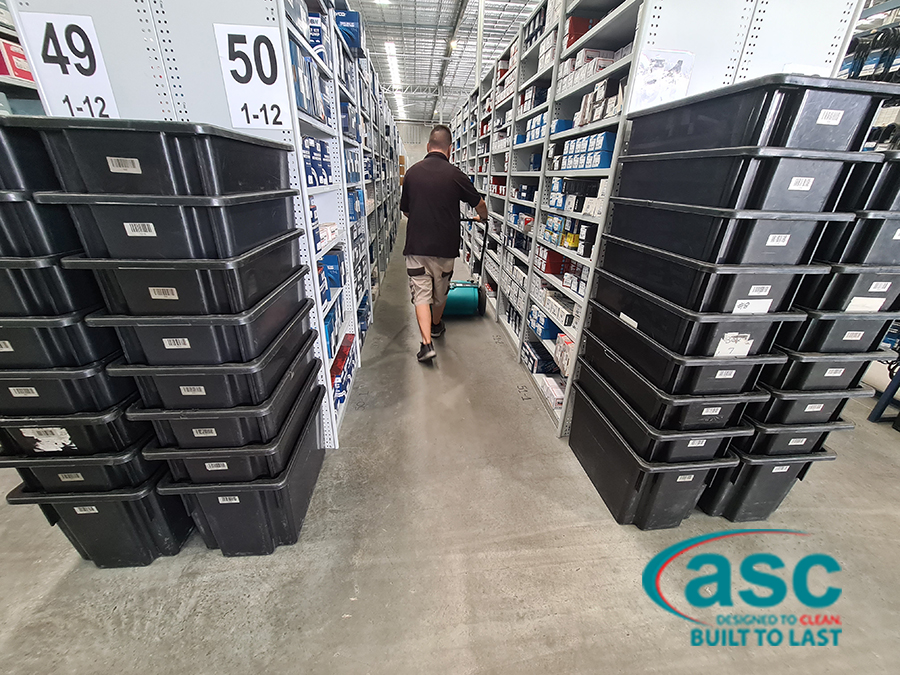 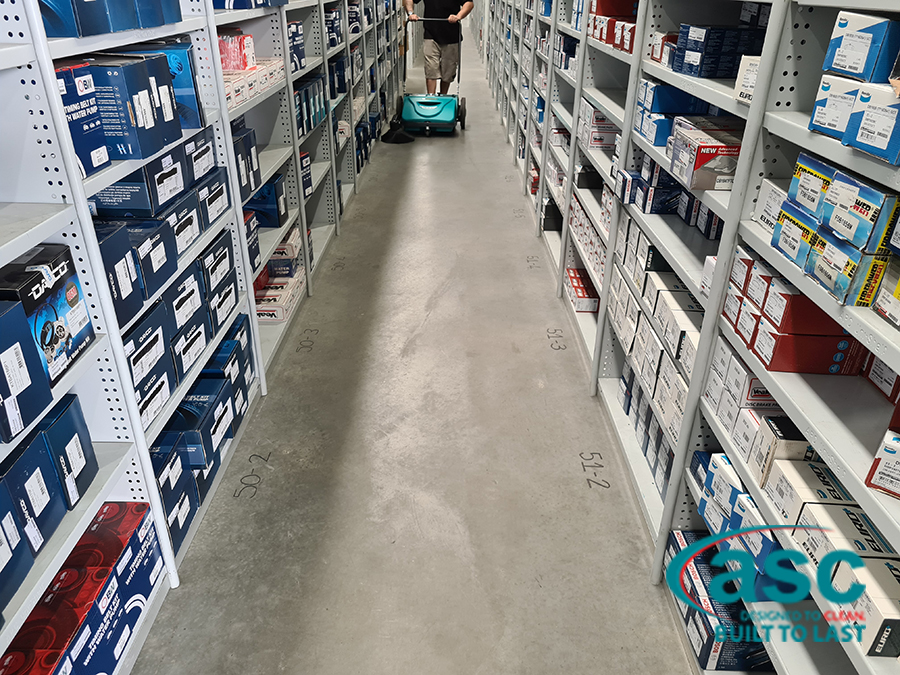